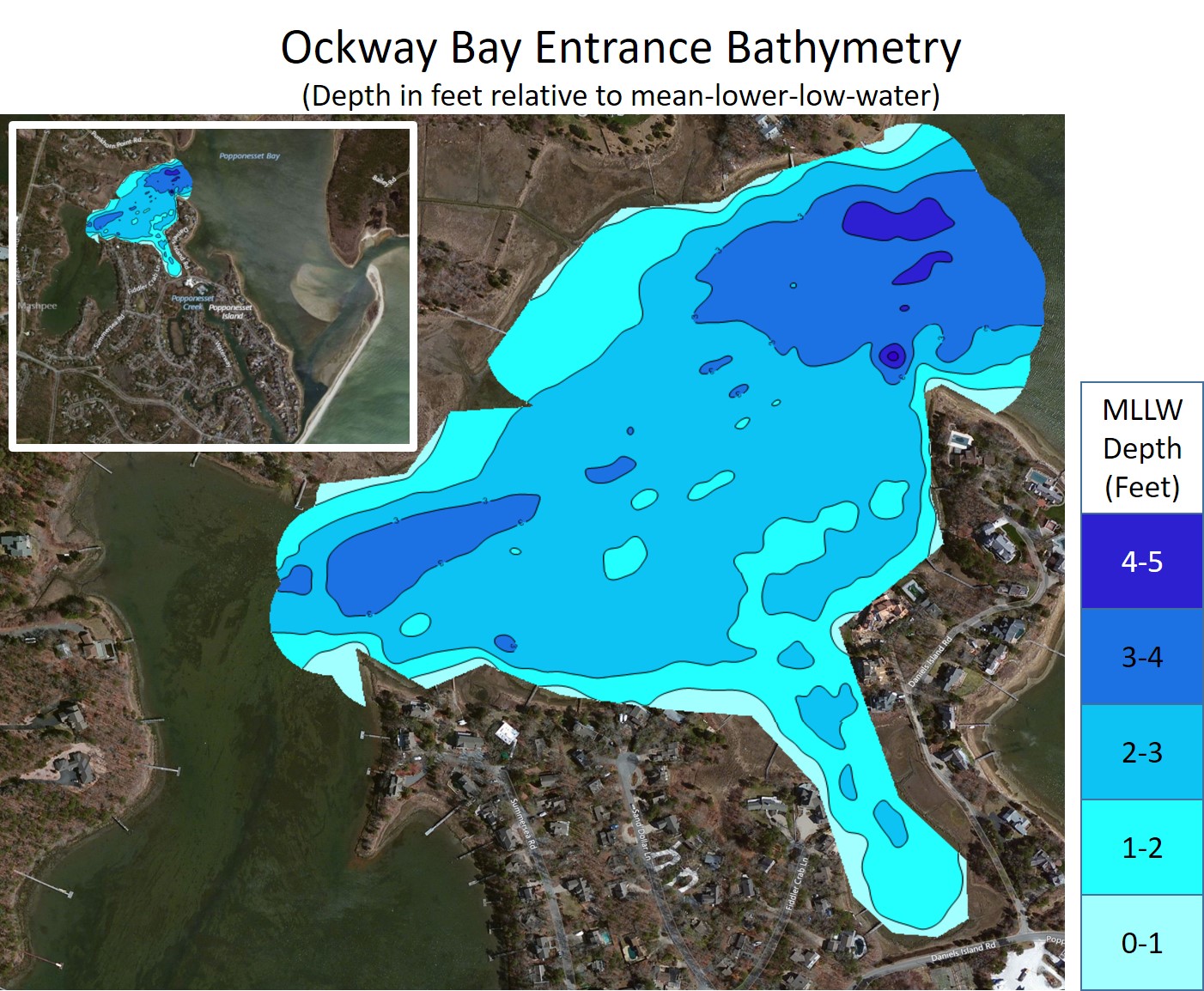 A chart of the measured water depth of the Ockway Bay entrance is shown above referenced to mean-lower-low-water (MLLW). During MLLW there is typically only about 2 to 3 feet of water available to traverse the bay. During spring lows or when the wind blows hard from the northwest the water depth can easily be one foot shallower during low tide and boats often get stuck in the mud during these conditions. The measurements were taken by boat using a depth finder and were referenced to MLLW water at the tide gauge in Ockway Bay. The following plot shows the track of the boat when the measurements were taken. The contour plot was generated using C Map Genesis software. The section of the bay entrance without measurements is in the location of an oyster farm.